In terms of Mobile Marketing, one of the more recent adjustments Google has implemented is mobile-first indexing. However, many still see that Mobile and Desktop devices have different search results — thus, the rankings differ across the two. So how can mobile SEO vs desktop SEO have separate rankings when there’s already an emphasis on mobile indexing?

Over the many years of its existence, Google has applied changes to the way it works. For instance, they keep altering their algorithm. As a result, SEO-savvy brands throughout the Internet scramble to rank the highest in their respective keywords.

In 2020, mobile devices were responsible for over 60% of all site visits. This cements the idea of requiring mobile responsiveness on websites! Nowadays, people rush to accomplish their tasks; thus, they need answers to queries within seconds. Semrush also noted that only 17% of websites kept their ranking positions across both Mobile and Desktop Rankings. However, 37% lost their spots when searches were made from mobile.

What does Mobile-First Indexing have to do with Mobile SEO and Desktop SEO?

We look to English Google SEO office hours to answer the question. The live recorded sessions are for Google’s experts to answer questions submitted by users. For instance, for June 11, 2021’s office hours, John Mueller, a Google Senior Webmaster Trends Analyst, responded to a question about ranking discrepancies.

Mueller replied that mobile-first indexing refers specifically to “that technical aspect of indexing the content.” So, this clarifies its relation to ranking. In essence, Mobile and Desktop Ranking is different from indexing. (Also, Mueller went on to add that Google uses a mobile bot to index content on the internet.)

On the subject, Google’s John Mueller stated that it’s “normal” for Mobile SEO vs Desktop SEO Rankings to differ. Several factors can work together to change rankings across devices, even if the devices are within approximately the same area!

One potential factor could be Geography, as Search Engines implement geotargeting. As a result, search results will naturally differ from country to country and city to city. You might even pick up entirely different results depending on which street you’re on! Mueller added that there might be additional factors that play into Mobile and Desktop Rankings. Still, he stated three leading reasons why Google will display “a different mix of different search results types,” according to Muller.

According to him, the top factors are Speed, Mobile-friendliness, and the Elements of the search results page. Here’s a breakdown of each:

After Mueller talked about Mobile and Desktop Ranking differences, another question was brought up: Are mobile page loading speeds the reason for “lower mobile rankings?” Now, of course, loading page speed is a critical factor for lowering bounce rates! People need websites to load within a handful of seconds. So, Google can help you check out your Speed Score.

John Mueller called Mobile-friendliness a definite factor for ranking. Concerning Speed, nowadays people need their answers quickly. Like, less than three seconds quickly. After all, Google is a champion for user experience, and anything that interferes with a good experience won’t cut it. So, the results with a decent and responsive mobile layout get on your results page over those that don’t! You can check out your page’s Mobile-friendliness with Google’s Mobile-Friendly Test page!

Elements on the search results page.

John Mueller also added in a follow-up question that, sometimes, discrepancies between Mobile and Desktop Rankings occur because you’re using a different device or internet connection than usual. After all, Google tends to tailor its settings to the user, so it follows that Google tailors search results to trends with device users.

Mueller stated that if you’re inputting search queries on mobile, “then maybe you want more local information because you’re on the go.” So if you’re in a particular area and you need results quick and easy, you tend to whip out your smartphone! On the other hand, using a desktop computer on the go is too much work! After all, you can’t whip out your laptop in the middle of a busy sidewalk.

Thus, when you’re on your desktop, you most likely aren’t rushing to find restaurants or shops. You might, instead, be searching things up at your leisure. “[M]aybe you want more images or more videos shown in the search results,” said Mueller.

Rankings have discrepancies for a multitude of reasons.

John Mueller of Google answered the question, “How are desktop and mobile ranking different when we’ve already been switched to mobile-first indexing?” during a Google office hours livestream. He answered that the two are related but different concepts.

First, a mobile Google bot will index content. Next up is the Rankings. Mobile and Desktop Rankings can be attributed to several factors. The main three are Speed, which refers to page loading speed; Mobile-friendliness, which is the central aspect Google looks at due to its mobile-first indexing aspect; and the Elements on search results pages. In addition, Geography plays a part in ranking.

These are why Mobile SEO and Desktop SEO Rankings can differ — even if you’re using a desktop device and a mobile device simultaneously! 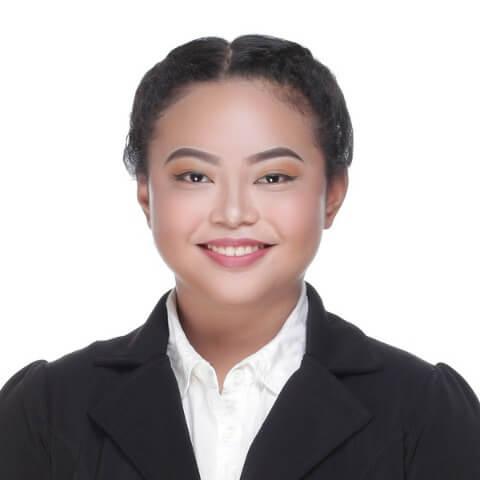 If anyone loves a good laugh, it's Alex. She enjoys video games, anime and manga, and webcomics. Alex is also a lover of writing (and memes)! In addition, Digital Marketing is her new pastime, so she seeks out ways to inject fun into her articles on related subjects.

Types of Mobile Ads and Formats to Use in 2022

Objectives of Mobile Marketing That Grow Your Business