Secure Mobile Apps and How to Build Them

A fine selection of diverse types of mobile applications is available in the market today. In fact, you can easily find mobile apps for chatting, gaming, shopping, making payments, booking tickets, and more. However, businesses must build secure mobile apps.

Google Play, Apple App Store, and Windows Store are the three of the most popular online mobile app stores. With the rapid growth of the mobile app industry, businesses and organizations around the world are adopting this technology to improve customer interactions and the productivity of employees. Even companies that have never used apps before are now experimenting with them.

Every business today needs a mobile app. Most crucially, mobile apps are now an integral part of everyone’s lives, with some even being used to communicate critical information.

However, one crucial aspect that most companies and customers neglect is the safety and security of mobile applications. Here, the question is how to Secure Mobile Apps? Because security must be an important aspect for businesses at all times. For organizations that have mobile apps, this is particularly true.

A data leak or cyberattack can seriously harm your business. In addition to being costly, security breaches can also destroy your company’s name. Malicious individuals, hackers, and cybercriminals continue to focus on mobile apps. As a result, businesses should protect their apps while reaping the many benefits they give.

Before we look at the best practices to develop secure mobile apps, we should look at some common security threats to mobile apps.

A recent survey found that 85% of mobile apps had no security protection of any kind. As a result, hackers and cybercriminals are increasingly targeting mobile systems. When someone installs a mobile app, they usually give it access to added data that is on the device.

If a cybercriminal can get into the app, they’ll be able to obtain sensitive data that isn’t related to the app’s core purpose. This may hold passwords and digital wallets. If the app is for the employees of a company, hackers could gain access to important organizational information.

Passwords are currently a major issue in our society. Many people are using the same passwords for their Netflix, Amazon, Facebook, and Instagram accounts. As a result, if any one of these accounts is hacked, cybercriminals can take over other accounts also.

A hacker could use a hacked password from one of your engineers or software developers to get app access on the backend of your product. This puts your company’s data at serious risk. To avoid such issues, you need to build secure mobile apps.

Mobile apps, like desktops, are vulnerable to malware and spyware. Malware attacks are more common on some devices than on others. According to a new study, devices that run on Android software are 47 times more likely than Apple devices to contain malware. Since Android devices enable third-party app shops better than iOS devices, this is the case.

A mobile security weakness is not keeping all of your devices, applications, and operating system up to date. Malware, spyware, and other cyber threats are becoming more sophisticated, and obsolete technologies can’t detect or prevent them.

Many software upgrades, however, include security patches. This also applies to mobile apps, gadgets, and security. People who use mobile devices that haven’t been updated to the most recent operating system are far more vulnerable to mobile security risks.

End-to-end encryption is an important feature of mobile app security that is sometimes disregarded. Any data sent between two points should be encrypted. Encryption is needed whether data is transmitted from your users’ smartphones to your system to cloud storage.

If the data is transmitted from your system to a third-party service, then encryption is also needed. Hackers can exploit weaknesses in data transmission and steal sensitive data while it’s in transit if these security precautions aren’t carefully put in place.

When it comes to mobile, social engineering is increasing. Hackers often send phony emails, SMS, or malicious advertisements in an attempt to get access to passwords or personal data, which is known as phishing. This is something we’ve all seen already.

Let’s say that you receive an email claiming that it’s from Apple or another respectable company, instructing you to change your password or renew an expiring credit card. Surprisingly, approximately 60 % of respondents think they are unable to recognize social engineering attempts with certainty. Around 40% believe it is wise to respond to these attacks.

If you develop an app on the correct platform, 90% of your security problems will be eliminated. Security protocols are included in the platforms of the most popular app developers. You can feel assured that your app is protected by the platform’s security design.

If you intend to code the app personally or use a third-party developer, your app’s security may be compromised. Your development team has complete control over the app code and valuable data. Your app may be in danger if they follow inadequate app security practices.

If you’re working on an app by yourself or with a team, application security testing should be done on a frequent basis. Apps should be evaluated both during development and after they have been released. Surprisingly, only 40% of firms examine their app code for any security flaws.

Not all security flaws are at once apparent. One reliable approach for detecting potential flaws is to do mobile testing. The maintenance of your app should include security. This is critical for preventing data breaches and malware. However, you must ensure that the security of your application evolves to keep up with regulatory changes.

To create safe mobile apps, you must think like a hacker. Ask yourself the same questions a hacker would think when developing your apps, like what the easily exploitable weaknesses are, and do you have any weak points or security holes? Penetration testing is an excellent approach to putting this idea into action.

This entails using ethical hacking techniques against your own program. As an outsider, you have a staff member try to break into your app’s security. If your staff is able to breach your security barriers, you have an issue that must be addressed at once.

User Authentication Should Be Included

Adding login information to your app is an excellent way to give customers an extra layer of security. If your software holds critical information, user credentials aid the prevention of illegal account access.

Assume you’ve turned on in-app purchases. You don’t want unauthorized parties to have access to user payment details, billing addresses, or other information. Two-factor and multi-factor authentication, single sign-on, and other tools can aid you in going even further.

As we mentioned earlier, failure to update software implies you will be unable to defend against the most recent mobile vulnerabilities, spyware, and harmful code. Make it compulsory for your staff to upgrade their operating systems.

One of the simpler mobile app security measures to implement in-house is a software update. Updating your software can help in the protection of sensitive data and the closure of security gaps that have become obsolete. This is yet another reason choosing the correct app developer is crucial.

You don’t want your app’s programmers, designers, or anybody else working on it from an unprotected device. Working remotely or developing code on an insecure public Wi-Fi network can compromise the security of your app.

To ensure that people trust your app, they need to realize that their data is safe in your app. Data transfer security is an important consideration for any app developer. VPNs, SSL, and TLS, and encrypting data between the source and the destination can all help protect data while in transit.

Find a method to verify that your app sends and receives data in a way that hackers cannot intercept and fake. You can buy SSL certificates for your app to ensure secure data transmission.

Avoid collecting confidential information or anything else that isn’t directly related to the app’s aim. If it is not necessary for your app to get access to the user’s camera, photos, or contacts, don’t ask for it. The risk your business faces will be greater when you collect more permissions.

Every new authorization or link introduces new risks. When developing safe mobile apps, take a zero-trust strategy. Don’t bother with permission that has nothing to do with the app’s main functions.

Teach Your Employees About Mobile Security

One aspect of in-house security is developing and implementing internal

regulations. You should also coach your team about the best practices for your app security and the necessity of mobile security.

Tell them exactly why the use of the same password for many accounts is dangerous. Explain why their personal devices’ software has to be updated. Your crew will follow you if you make it clear to them that you are serious about this.

Use Third-Party Code with Caution

Similar code may be found in many Android apps and iPhone apps published through official app stores. As a result, it’s not common for developers to use third-party code as a shortcut. Pre-written code is occasionally supplied for free. They’re also on paid platforms at times.

You can’t, however, trust that code obtained from a third party is secure.

Hackers use code-sharing platforms to infect applications with harmful code. You could be unintentionally opening the door to added security risks if you just copy and paste somebody else’s open-source code onto your application.

App developers usually want to put sensitive information in the phone’s local memory to safeguard it from users. However, keeping sensitive data is not recommended because it may put your app security in danger. If no other options are available, employ key chains or data containers that are encrypted. Also, include the auto-delete choice, which erases data after a certain amount of time has passed.

Keep Up with The Latest Mobile Trends

Your mobile application does not exist in isolation. Make sure that your finger is on the pulse of what’s going on in the mobile app business. New emergent threats should be considered.

Also, try to figure out how hackers are taking advantage of mobile data breaches. It is not a daily task you need to do. However, discover a reliable source of mobile news and trends and check it at least once or twice a month.

Your security risks are substantially larger if you want to build secure mobile apps from the ground up using a regular development team. There’s simply too much to safeguard and ponder. Creating an app with a no-code app developer is a safer choice. This is not only faster, easier, and less expensive than conventional development, but it also addresses almost all of the security problems of your application.

You don’t need to be concerned about the app’s strong mobile security policies. Backend work is often managed by app developers. So, simply secure your account with a basic password and be cautious about who you give admin powers to in your organization. It’s also fine if you want to create an app yourself. Taking care of the security issues will be more difficult.

With the increased possibility of criminal activity, mobile app security has clearly become a top worry for developers. As a result, people are apprehensive about installing untrustworthy programs. Hope the above-discussed practices have answered your question about how to build secure mobile apps for your consumers. 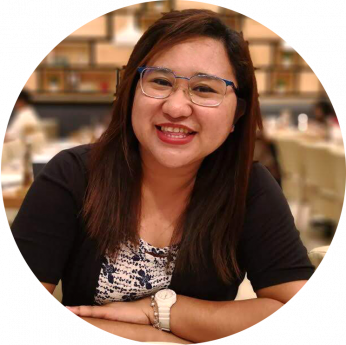 Jalou is a bookworm in both the traditional and digital sense! It's why she's so adept at providing informative content to readers.

Email vs SMS Marketing: Which is the Best For Your Brand?

Objectives of Mobile Marketing That Grow Your Business

Keyword Research for PPC and Best Practices for Marketers

Are PPC Brand Awareness Campaigns Worth It?